After Dieter has finished working on the cork model, 5000 bricks are waiting for a fresh breeze… 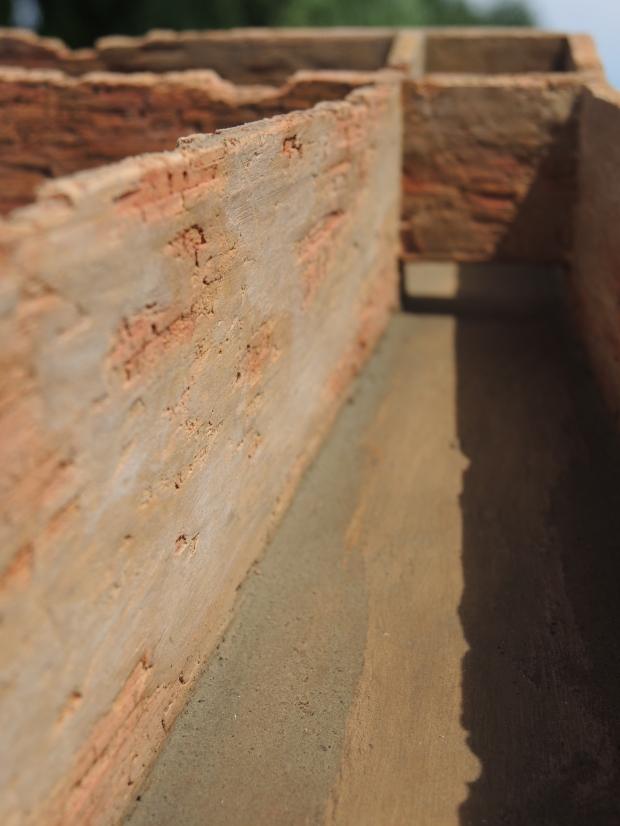 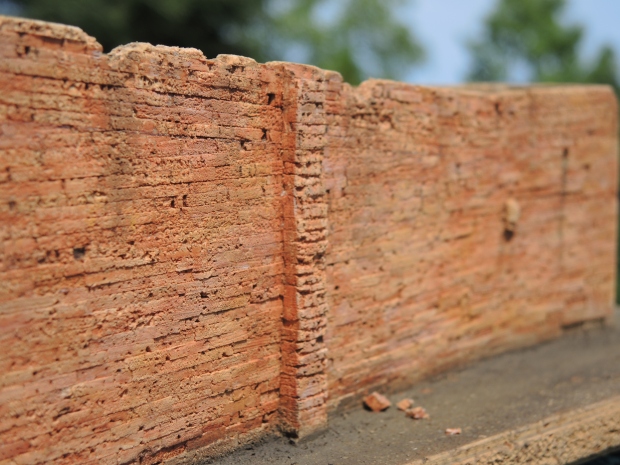 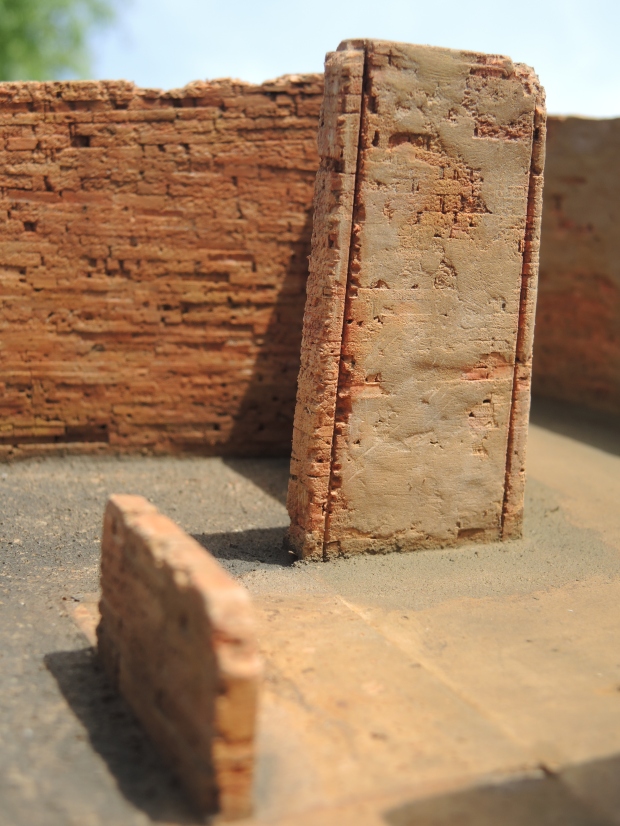 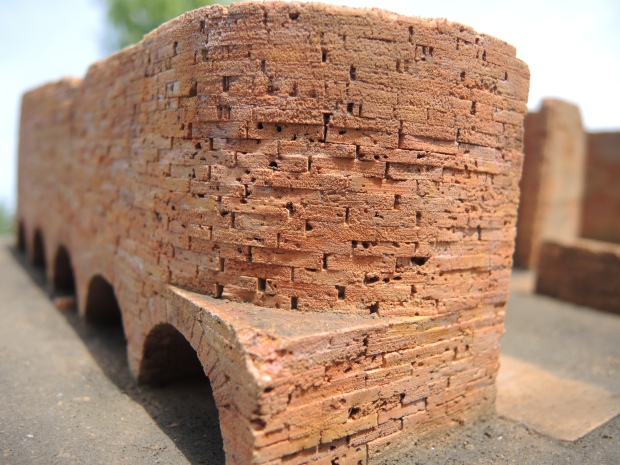 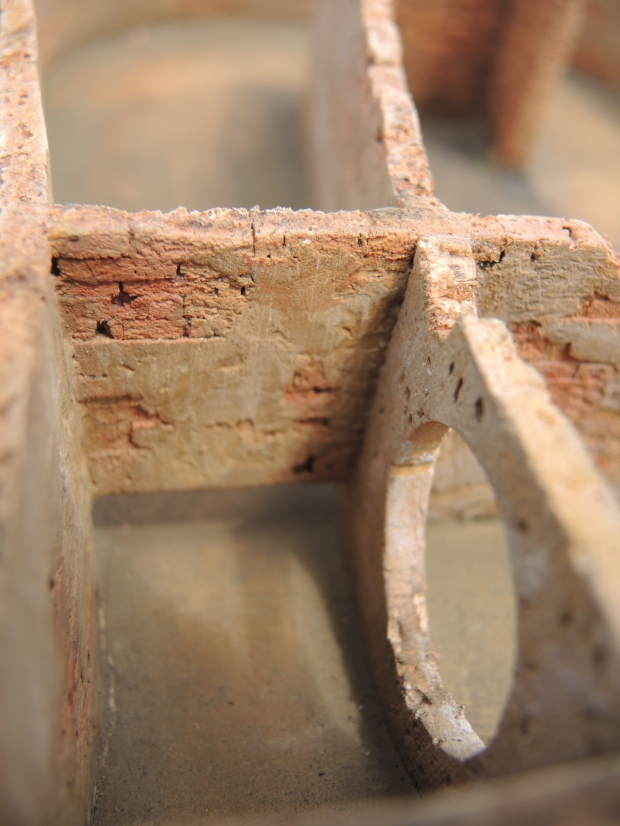 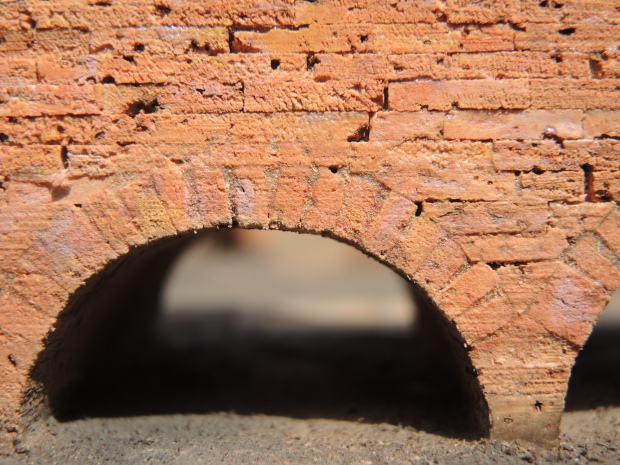 Next to it Dieter builds another cork model of an antique aeroduct. The first visualization is created in collaboration with Florian Dombois…

The ancient Romans are known for their viaducts, pathways, and aqueducts, watercourses, with which they directed and shaped spring water over many kilometres and led it into their cities. Similarly, aeroducts direct and shape the wind, while at the same time guiding it in a circle to study its behaviour. In aeroducts, phenomena such as thought resistance or torsional wind can be simulated and understood in order to, for example, optimise ventilation or underfloor heating in houses. The research facility is also suitable for extended contexts when, in urbanism (cf. Vitruvius‘ „10 Books of Architecture“), attempts are made to improve the human climate by intelligently setting building volumes and creating spaces in between. Today these facilities are called wind tunnels.

In the attached photos, an excavation site of such an aeroduct is reconstructed according to drawings by the artist Florian Dombois. Dombois himself runs a wind tunnel laboratory on the roof of the Zurich University of the Arts  AERODUCT  and realized, among other things, a wind tunnel for the Research Pavilion in Venice from found building materials from the lagoon. For the Day of the Monument in September 2020, he will realize an aeroduct as a 1:1 model made of mudbricks in Allschwil, Switzerland, together with Martin Burr and the Fachwerk Association.