After restoring the engravings Dieter refreshes the pale colours of the pyramid. As the last step, he uses a special vernice to protect the surface. The object is now ready to be exhibited… 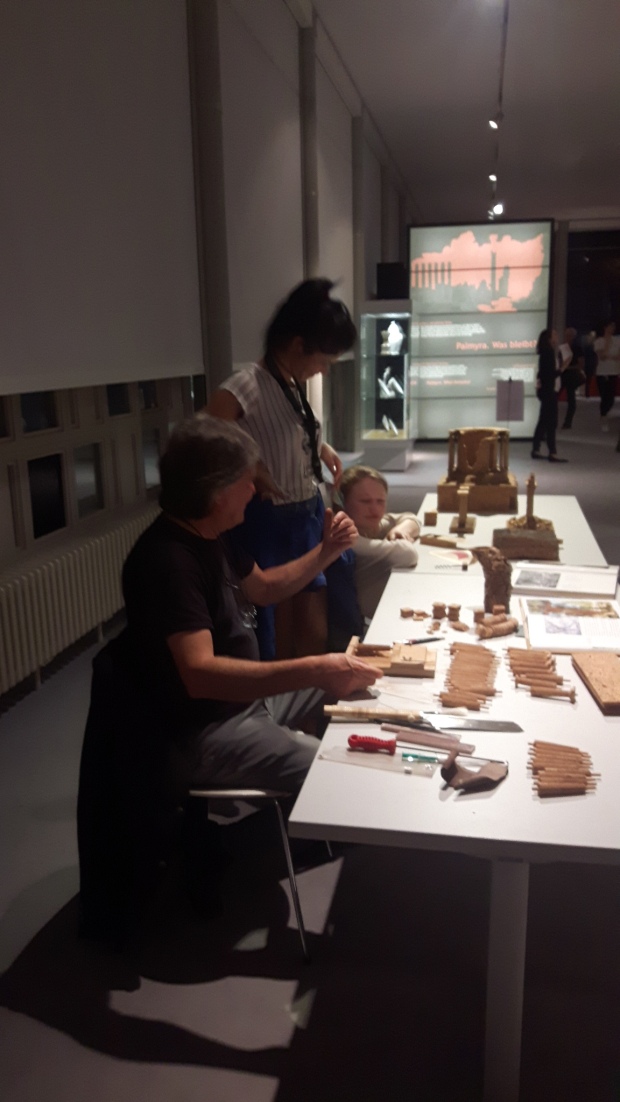 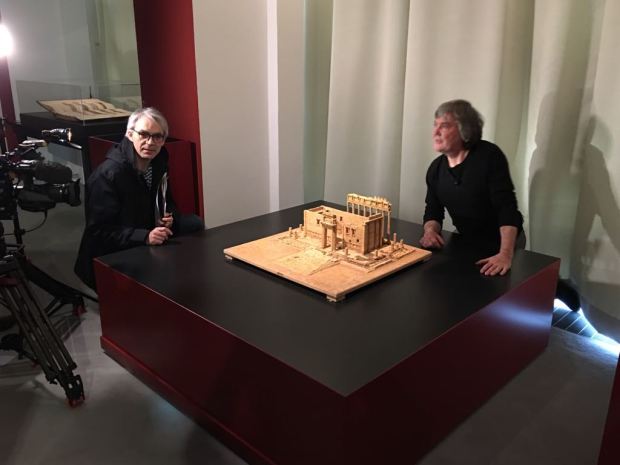 After three months of intensive work, Dieter Cöllen has now completed the cork model of the Baal temple.

He is delighted by the extensive press response – Der Spiegel, NRT , Video – as well as by the positive appraisals of many archaeologists and contemporary witnesses. In his Blog he tried to report on the progress of the works in real time, and put them up for discussion. Even for the invisible details he kept to the archaeological stone plans, so that the model can be used for studying the structural design. However, Dieter also placed great value on colour reproduction, in order not to disregard emotional concerns.

Dieter convinced that the physical presence of this monument is crucial for understanding its history, as well as our own cultural roots.

The catalyst for Dieter´s efforts was his initially powerless rage over such senseless destruction, which he was soon able, however, to transform into creative energy. The model was therefore created entirely independently and without third-party, financial support.

After all that ‘constructive’ time, Dieter now has to give some serious thought to his livelihood again. He has two visions for this:

„Of course I would be pleased to hear your ideas on this subject as well. My urge to continue is unbridled, but of course I dream of being able to work towards a greater goal…“ 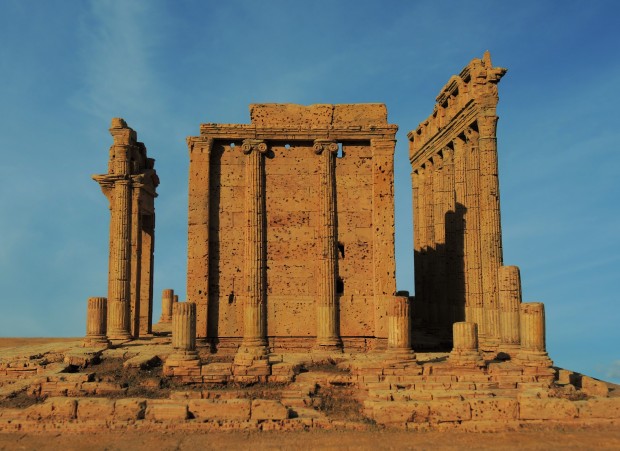 finishing the cork work  Dieter invites you for a tour around the temple. After one year since it’s destruction we are now able again to enjoy the beauty of this unique and powerful monument. 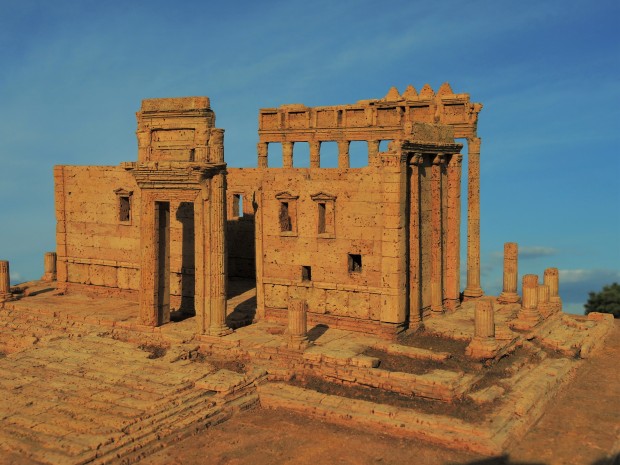 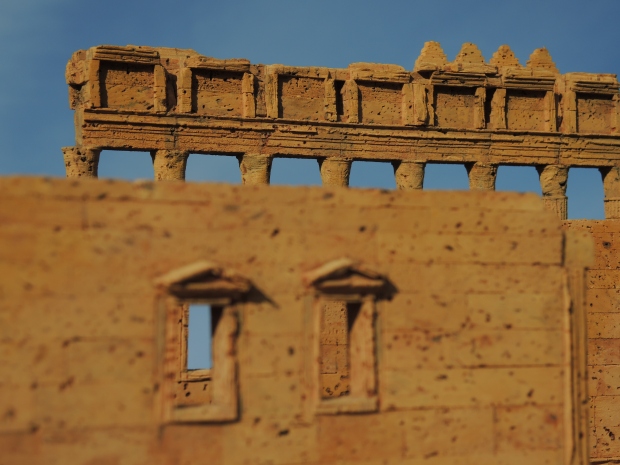 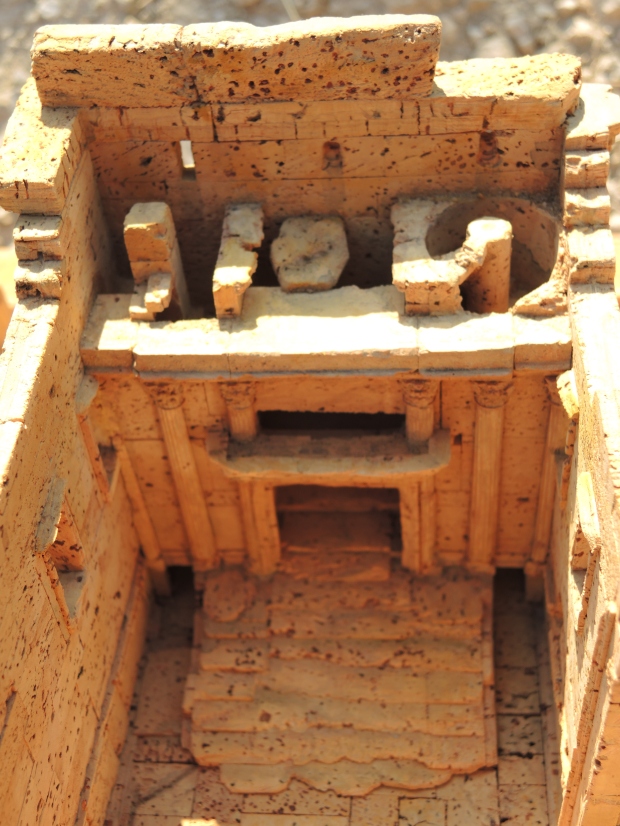